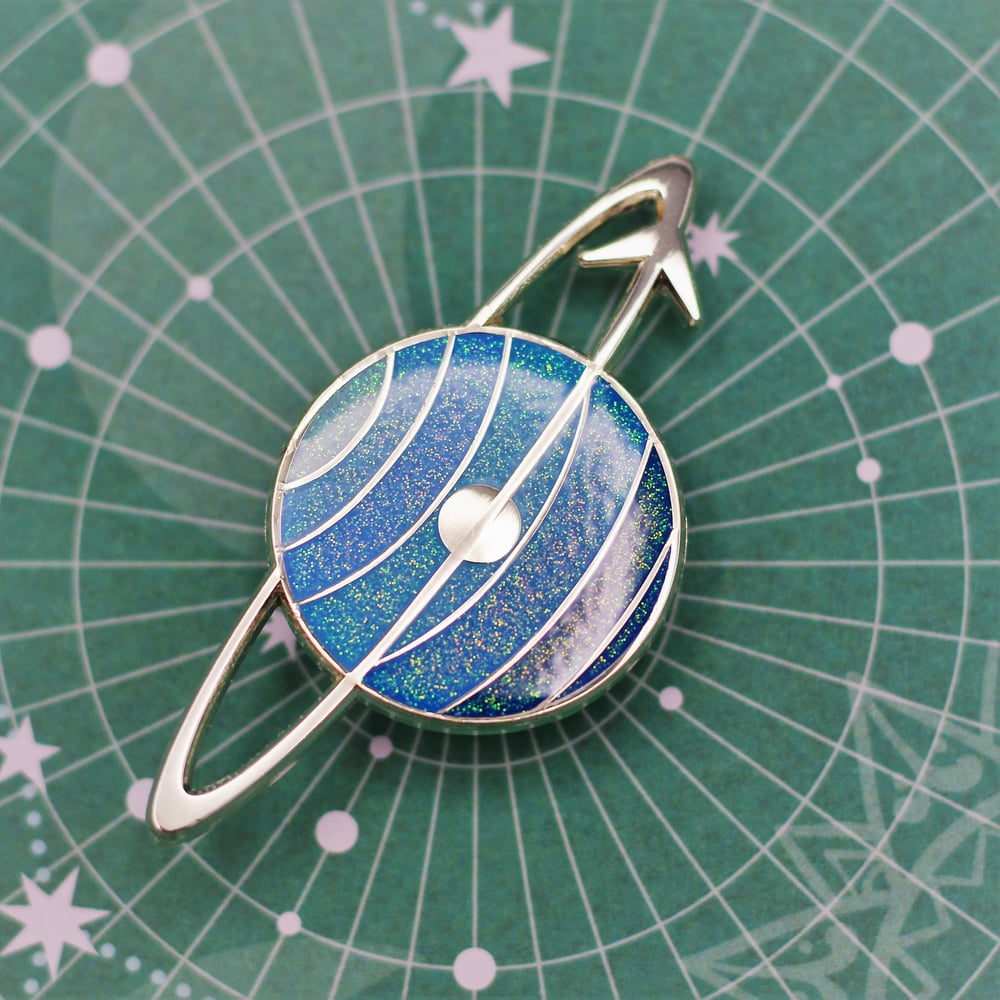 Uranus was discovered in 1781 and it is because of this that this planet does not have a tie to a metal in alchemy. Alchemy had evolved into other scientific and philosophical practices by this time. Uranus was the first planet discovered via telescope; it is an ice giant and a ringed planet. The rotation is opposite in direction of most other planets; the only other planet in our system with this inverted rotation is Venus. In addition to its reversed rotation, Uranus rotates on its side, visibly indicated by the orientation of its rings. Uranus has 27 moons and is nearly four times wider than Earth!