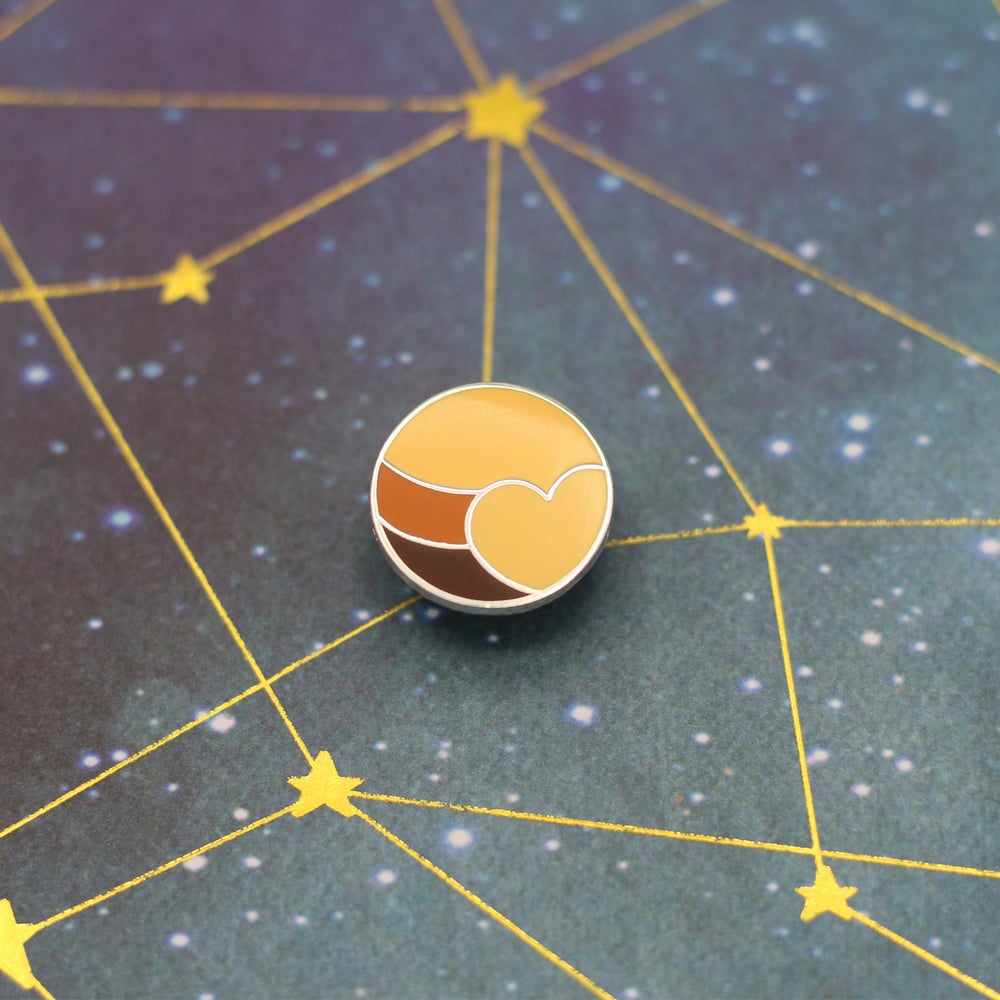 Though it is not officially a planet, Pluto is the most well known dwarf planet in our solar system. Pluto is named for the Roman god of the underworld; this name was proposed by 11 year old Venetia Burney in 1930. This depiction of Pluto is based off the dwarf planet's appearance, featuring the "heart" on its surface.