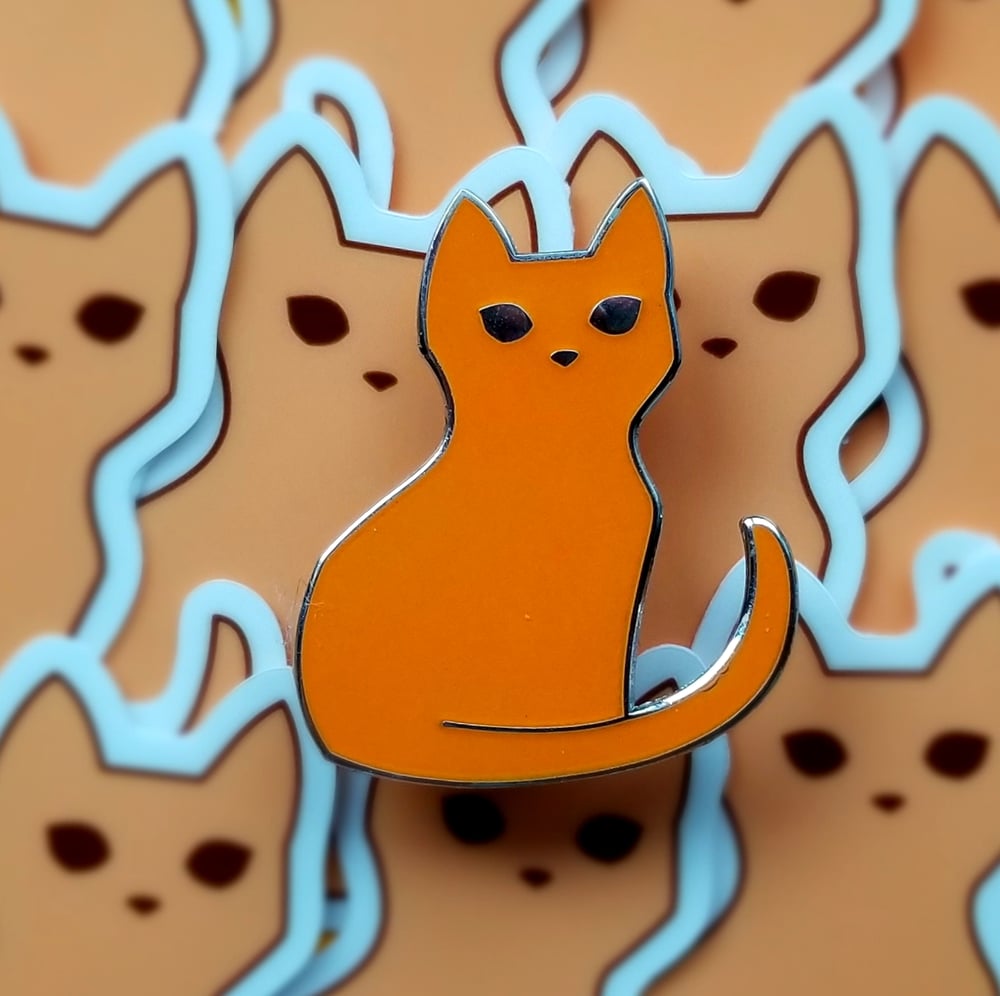 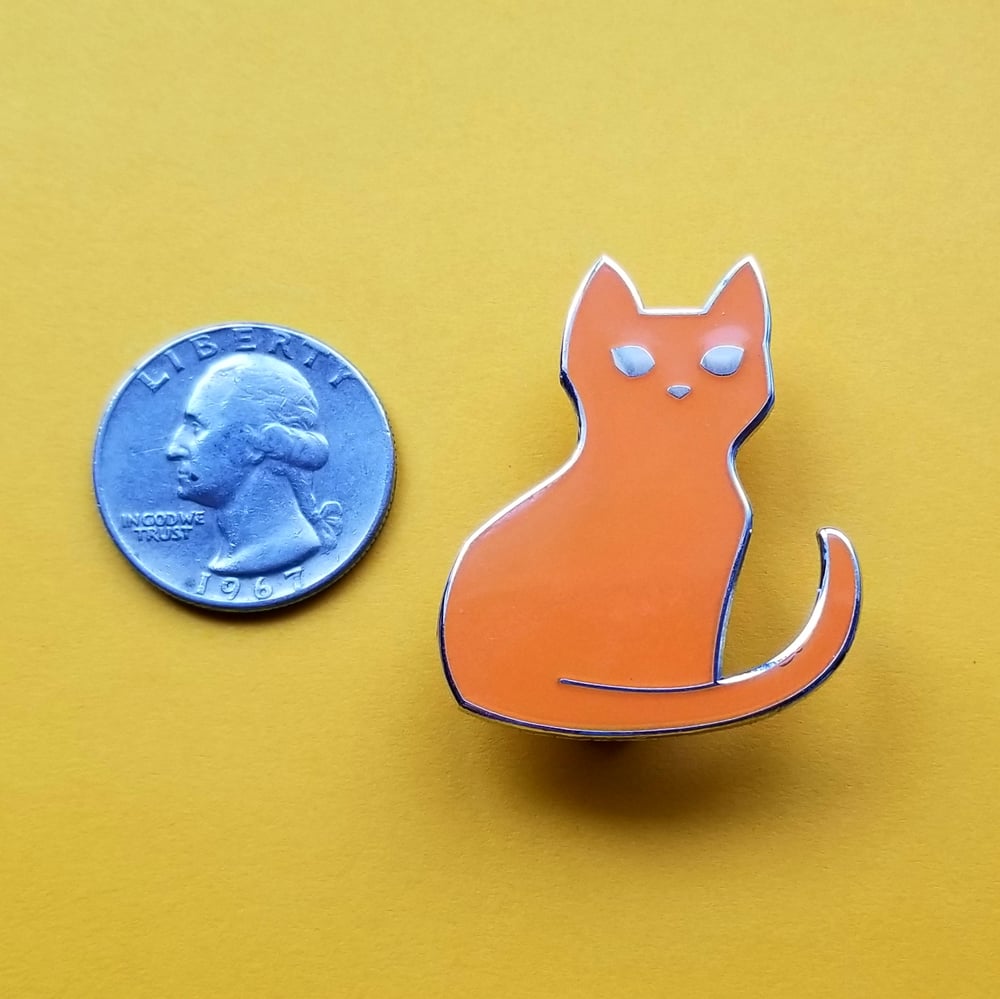 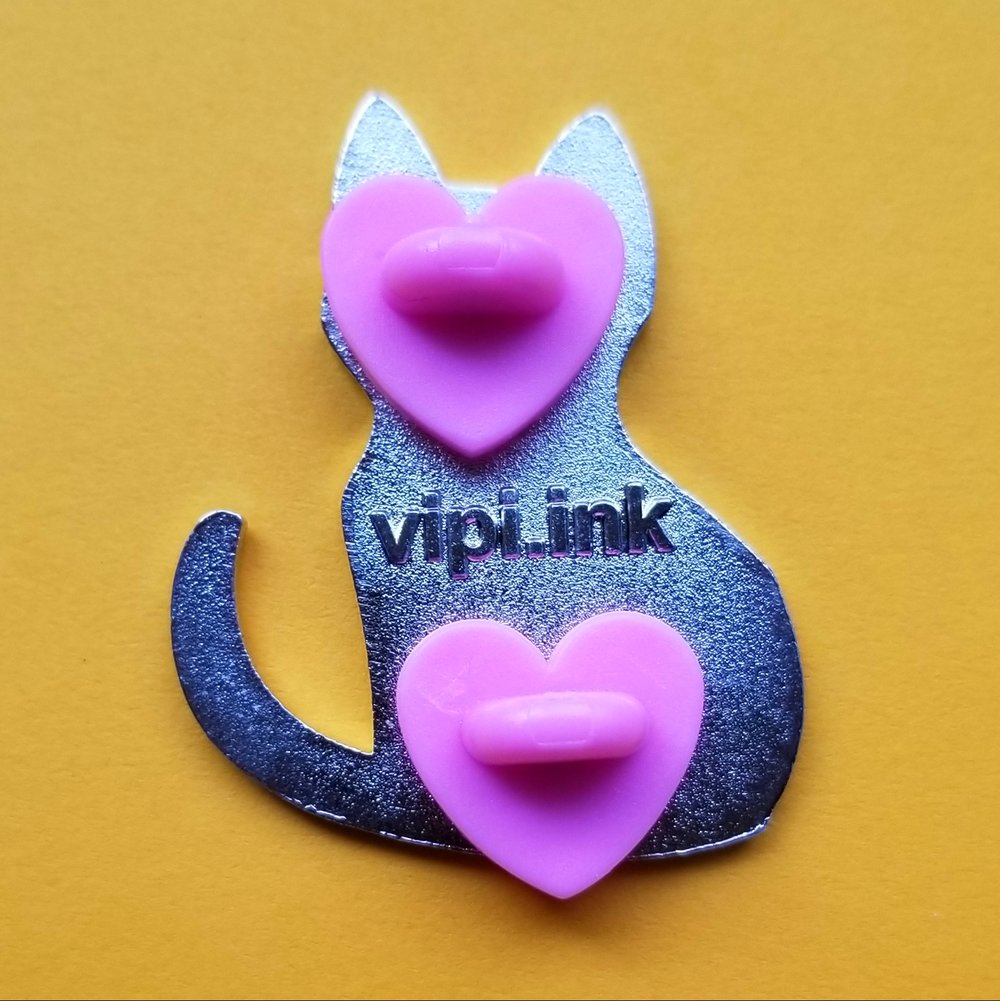 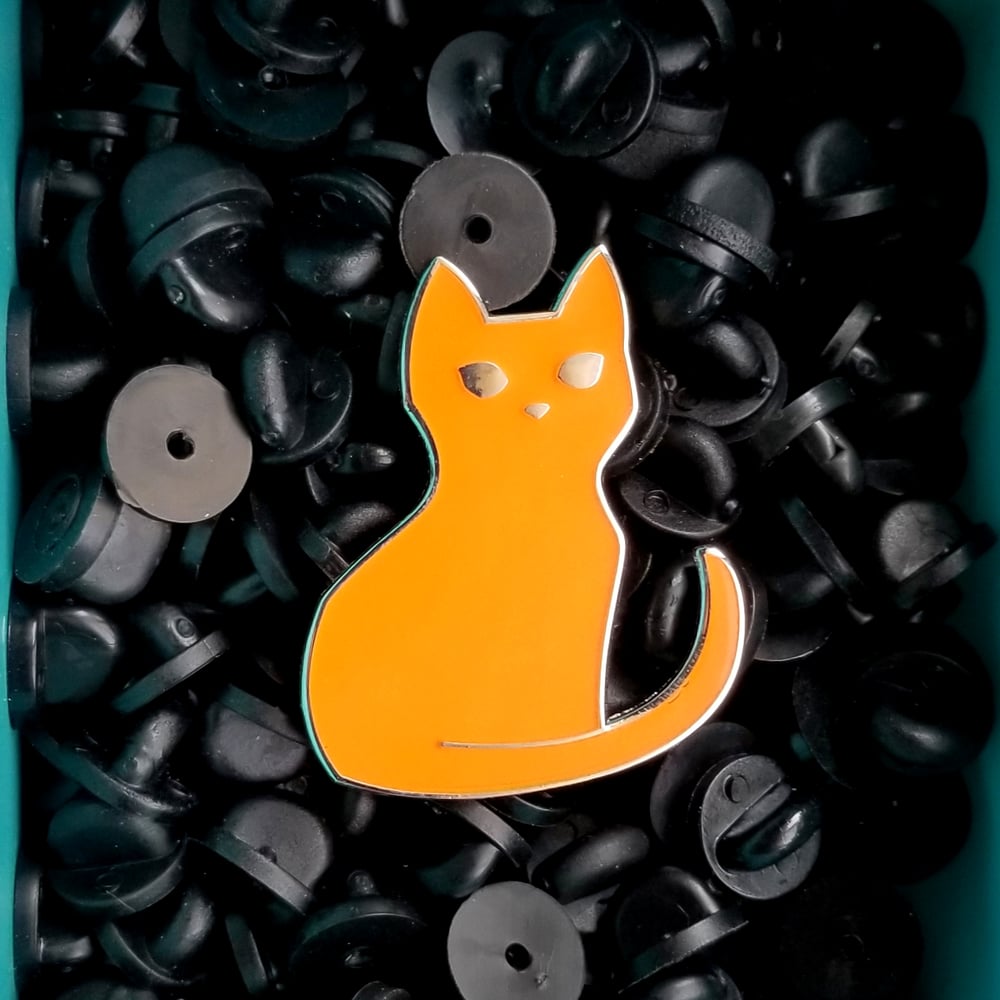 In an experiment with the goal of protecting humans and cats from AIDS and FIV respectively, scientists also created glow in the dark cats. The effect is from a florescent protein found in jellyfish, and a version of this gene along with another that blocks FIV are expressed in the cat's lymphoid organs. By giving the cats this physical indicator, it was easier for the scientists to see how this FIV blocking gene would be passed down from one generation to the next. Some of the cats involved were orange and would glow green, as this pin does.