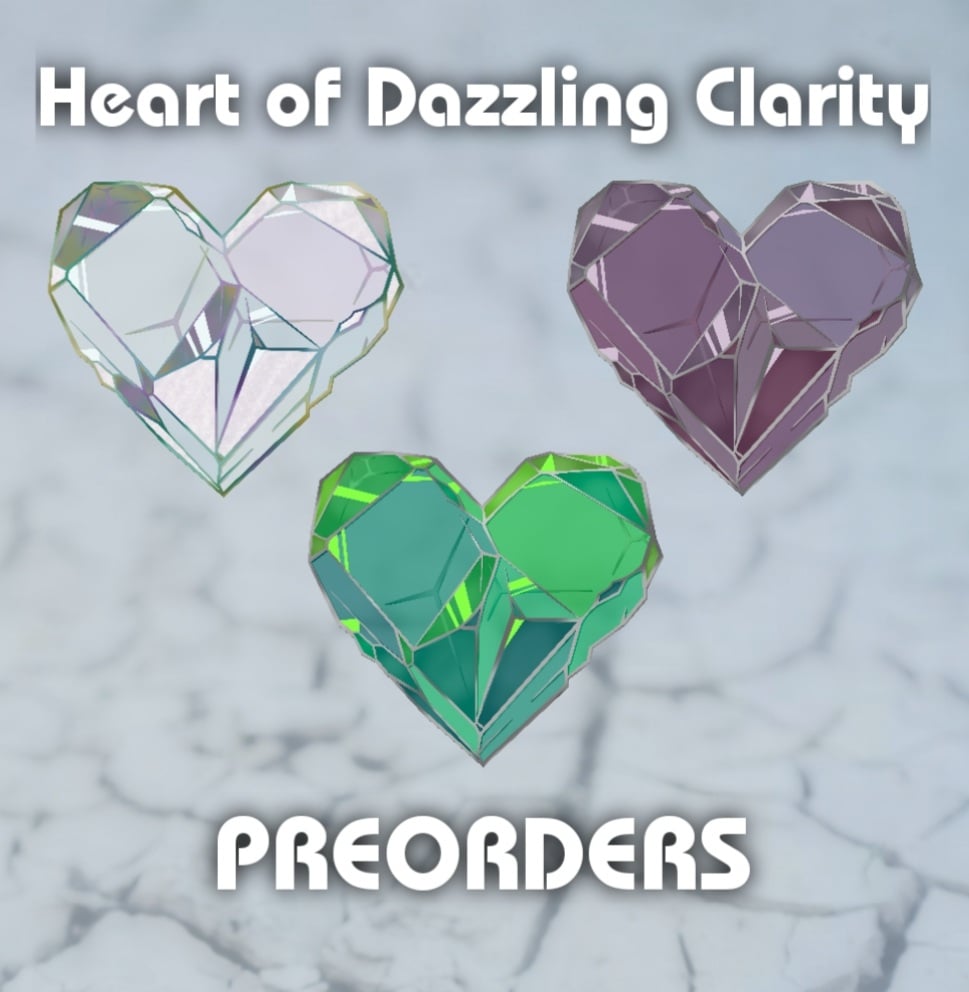 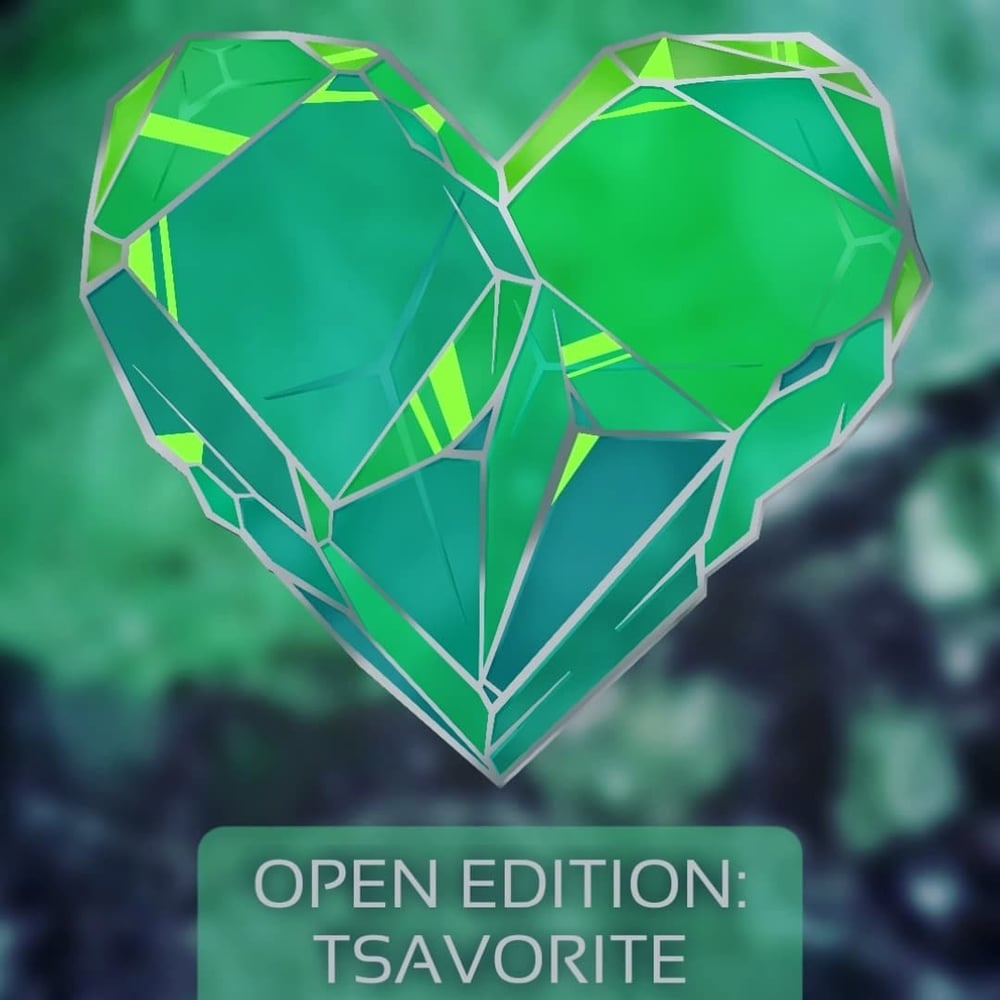 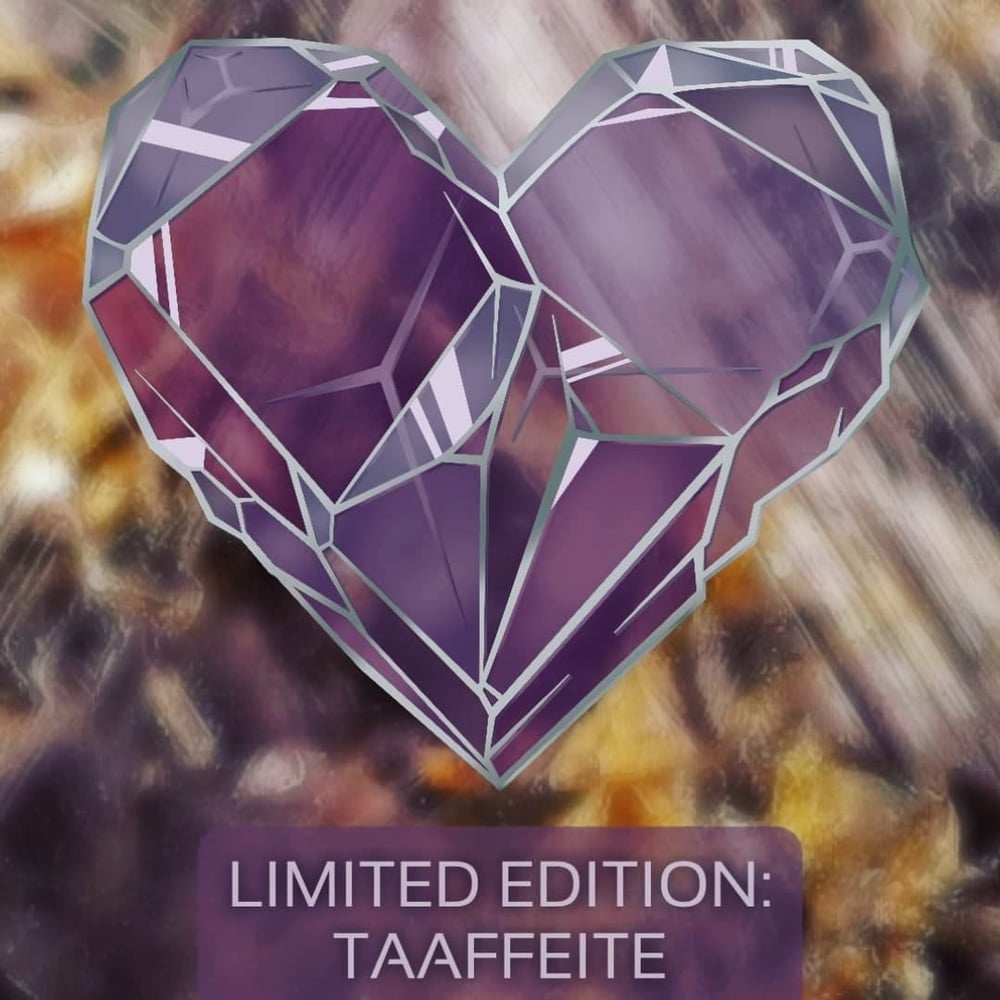 ** THIS IS A PREORDER LISTING, PLEASE READ FULFILLMENT DETAILS BEFORE PLACING YOUR ORDER! **

It's clear as crystal, you're an absolute gem! This design is based on the phenomenon of "crystal twinning", which may naturally produce a heart shape. Crystal twinning happens when two or more crystals grow with a shared lattice point. This effect does not make the new twinned crystal completely symmetrical, as it is an intergrowth of two separate crystals.

Tsavorite is a naturally colored gem that comes in a range from yellow-green to deep blue-green. It is a green grossularite making it a member of the garnet family. This green garnet is, on average, more refractive, brilliant, and durable than emeralds. Tsavorite gets its name from the Tsavo National Park in Africa, as it is most abundant there.

Originally thought to be a variety of Spinel, Taaffeite is one of the most rare gems in the world. Because they are so similar, it is the only gem that has been discovered after it was faceted. The distinction between the two is so subtle, it can be easily missed. Taaffeite displays a double refraction, while Spinel does not.

Iris Agate, sometimes referred to as Rainbow Agate, it will display spectral colors when properly cut and lit at the correct angle. The more thin the Agate slab is cut, the stronger the iris effect will be. The color of the agate on its own outside of this special lighting is often an opaque, cloudy white.

**Preorders are open from December 24th through February 16th, estimated fulfillment is February 2022. Items ordered with this listing will not ship until all items are available for order fulfillment. Pins in this listing are currently in production. Please note quantities are limited and preorders may sell out. Preorders are discounted, pins will be full price upon drop. This item is not eligible for coupons or discounts. Mockup artwork will vary from final product and some changes may take place during production.**

*Iris Agate variants will take longer in production due to the rainbow plating. These pins have an estimated fulfillment date of late March 2022